McElhanney worked alongside Parks Canada to complete several avalanche mitigation projects in the Rogers Pass area of Glacier National Park. This area is a critical link between Alberta and British Columbia, through which the Trans Canada Highway and the Canadian Pacific Railway traverse. The Pass is home one of the most densely concentrated cluster of avalanche paths in the world, forcing many closures along the highway and railway during winter months and endangering local wildlife.

Since the 1950s, Parks Canada has employed the help of the Canadian Armed Forces to release controlled avalanches in order to clear some of the snow buildup among the mountains. While this method is effective, Parks Canada needed more solutions to minimize highway closure times and improve reliability for avalanche control. These solutions were needed to minimize economic impact to both Alberta and BC due to limited freight and goods transportation, and they needed to be environmentally sensitive to the endangered species in the area.

McElhanney offered industry-leading solutions never before utilized on such a large scale including:

Some of the first of their kind in North America, these projects play a critical role in protecting Rogers Pass and its environment from avalanches. 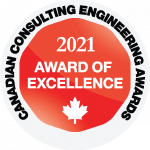 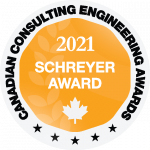 Take a tour of Hwy 1 through Goldstream Provincial Park

A virtual stroll through the park in Ponoka, AB