On Monday, November 14th, McElhanney attended the 2022 Brownie Awards in Toronto! Our work with the City of Prince Rupert on the Watson Island Redevelopment project was distinguished with an award of excellence for Best Large Project. The Brownie Awards recognize the builders, innovators and visionaries who are dedicated to the rehabilitation of brownfield sites that were once contaminated, under-utilized and undeveloped into productive residential and commercial projects that contribute to the growth of healthy communities across Canada.

From 1955 to 2001, Watson Island served as a pulp mill, following its use as a weapons storage facility for the Canadian Miliary during World War II. In 2009, the City of Prince Rupert became an unwilling owner of the site through tax default, initiating a 13-year process to redevelop the site. In addition to other liabilities, the site contained approximately 13 million litres of mill fluids and over 100 vessels of unknown condition. Collaborating with the BC Ministry of Environment and Climate Change Strategy (ENV), the City developed a remediation plan to redevelop the land, paying attention to environmental and economic outcomes while minimizing logistic concerns.

Decommissioning and demolition of the mill started in 2015. Several structures remain standing including warehouses, office building, and wharf structures. In 2017, Pembina Infrastructure and Logistics LP decided to lease a portion of the land for the purpose of developing a Liquid Propane Gas Terminal. The ENV requested Certificates of Compliance (CoC) be issued for the lands to be leased by confidential client with an Approval in Principle (AiP) for the remaining lands; both instruments required prior to occupancy.

McElhanney was retained by the City to complete the AiP application and CoC submission to ENV. In total, there are more than 50 areas of potential environmental concern (APECs) on Watson Island, including significant historic landfill operations and areas used for maintenance, chemical processing, and water treatment. McElhanney has worked with the City and an industry partner to redevelop 20% of the more than 50-acre property. This included a risk-based CoC and AiP for the remaining lands. Like many pulp mill sites, the island has several landfills (historical and active), a marine discharge permit, historical infilling, an active rail yard and siding, marine access and several large lagoons. The site has complex geology: fill over bedrock, buried marine sediments, historical foundations, soft sediment, and wood waste.

This assignment required working directly with ENV, the City, and other stakeholders due to the complex history of the site, and multiple known and suspect sources of contamination and existing permits. McElhanney delivered a Stage 1 PSI, Stage 2 PSI and DSI, a remediation plan, human health risk assessment, and confirmation of remediation plan for the CoC.

This project was the first of this kind approved by ENV where a proponent-driven process was considered. It is now being used as a model by ENV on similar projects, particularly where municipal government is directly involved in the project as the owner of the lands. 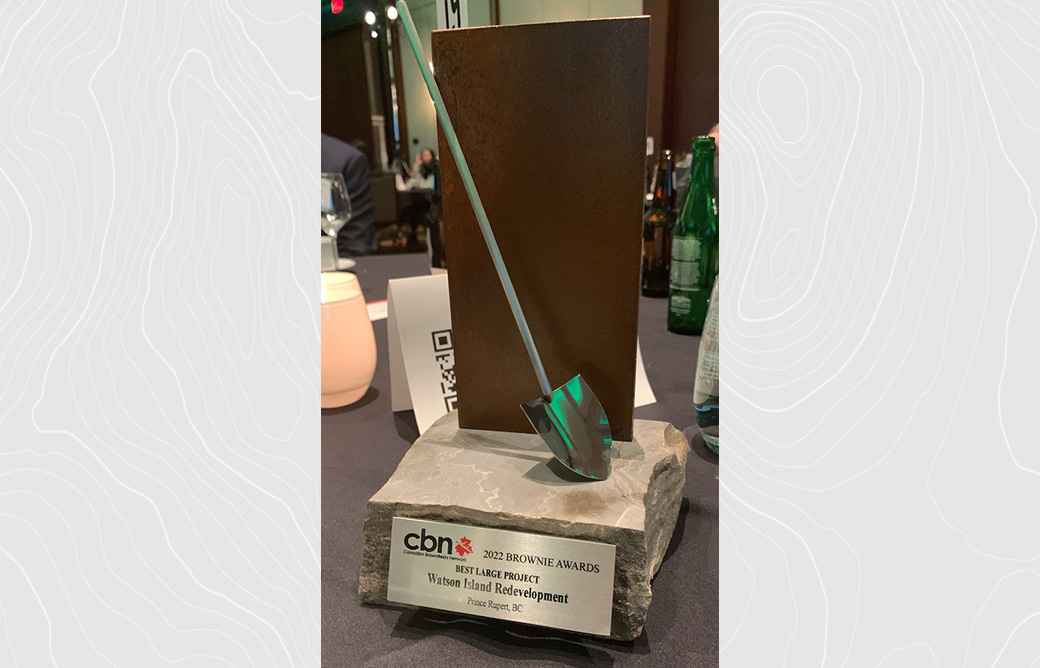